PROSPECT provides clinicians with supporting arguments for and against the use of various interventions in postoperative pain based on published evidence and expert opinion. Clinicians must make judgements based upon the clinical circumstances and local regulations. At all times, local prescribing information for the drugs referred to must be consulted.

Grades of recommendation and levels of evidence (LoE)

Hallux valgus is a common forefoot deformity characterised by a medial prominence of the first metatarsus head and a valgus deviation of the first toe, with a prevalence of up to 33% in the general population (Torkki 2001). Hallux valgus repair is a frequently performed orthopaedic surgery in industrialised countries, which is associated with moderate-to-severe postoperative pain that may influence recovery.

Interventions that are NOT recommended 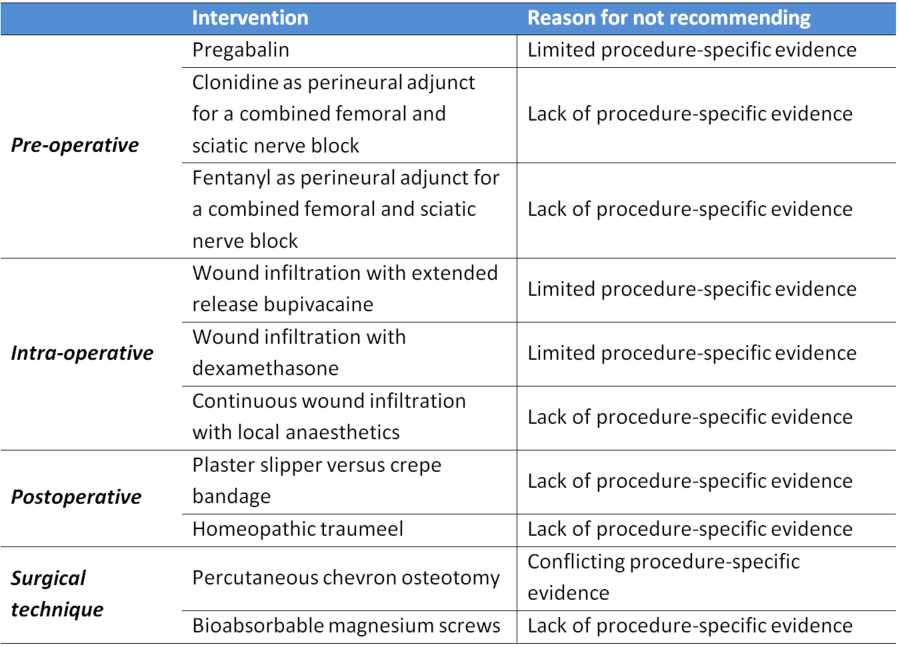