Report from the Opening Ceremony - ESRA

Report from the Exhibition Centre

Report from the Opening Ceremony 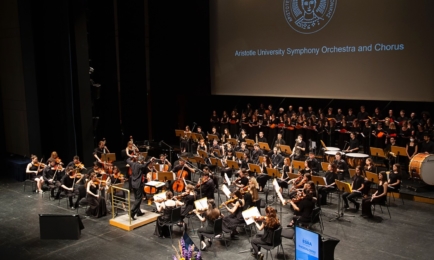 A tremendous sense of anticipation filled the air as delegates assembled in the beautiful setting of the Concert Hall in Thessaloniki for the opening ceremony of the first face-to-face ESRA Congress since the start of the pandemic. This would be the first time the ESRA community had been together in three years. The orchestra assembled and took their seats, and soon, the first bars of The Ode to Joy filled the hall. The choice of music was fitting and poignant for its profound symbolism within Europe. The Council of Europe adopted The Ode to Joy as its anthem in 1972, and in 1985, it became the official anthem of the European Community and its successor, the European Union. Coming from Beethoven’s Symphony No.9, it symbolises hope, unity and fellowship. These words underpinned Prof. Thomas Volk’s heartfelt greeting to the ESRA community as he officially opened the Congress.

During the opening ceremony, Thomas welcomed to the stage the ESRA officers responsible for delivering the Congress, Dr Alain Delbos, Dr Clara Lobo and Dr Eleni Moka. An inspiring team who, despite uncertainty and difficulties, ensured a hugely successful congress and a triumphant and welcome return to face-to-face meetings. Special mention must go to Eleni, whose drive and determination leading the Local Organizing team were vital in bringing the Congress to Thessaloniki. The team recognised the ESRA Office team who worked so hard behind the scenes, Kalliopi Platsi, Jeremy Ryckebush, Beatrice Torri, Despina Manola, Vivien Penning-Titze and Aline Christen. 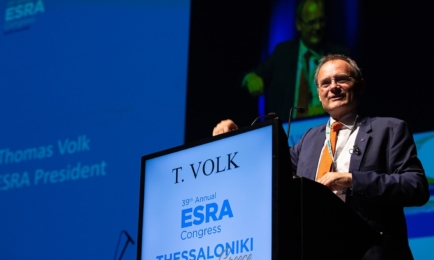 Highlights of the opening ceremony included the presentation of awards to Prof Jose De Andres and Dr José Aguirre. Prof. De Andres received the Carl Koller Award for his outstanding contributions to pain management and the community of ESRA. Dr Aguirre received the Recognition of Education in Regional Anaesthesia Award, reflecting his contribution to the promotion of teaching and education in regional anaesthesia. Dr Aurore Latragne and Dr Alba Sabaté received awards for their excellent manuscripts on chronic pain. It was wonderful to hear a welcome from Professor Athina Vadalouca, a founding member and president of ESRA from 1997-2000, reinforcing the feeling that ESRA is a family within a scientific community! 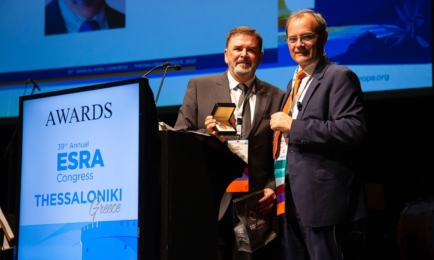 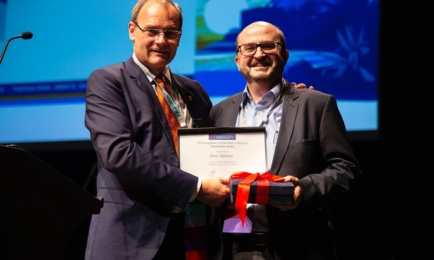 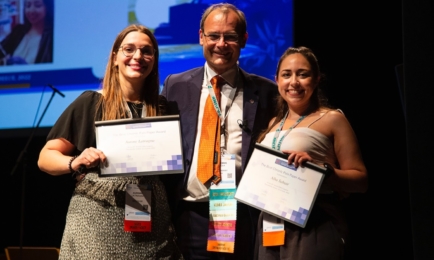 In the 14th century Nikephoros Choumnos, the Byzantine scholar and statesman of Thessaloniki, wrote ‘’no man will be without a homeland, as long as Thessaloniki exists.’’ This comment has been described as capturing the essence of a city located midway between the East and West, at the intersection of cultures and one of the few European cities with an uninterrupted urban population across 2,500 years. So it felt appropriate at one of the first international medical conferences since the start of the pandemic to hear from our hosts in Thessaloniki. Mr Stavros Kalafatis, the Minister of Internal Affairs for Macedonia and Thrace, and the Mayor of Thessaloniki, Mr Konstantinos Zervas, welcomed the ESRA community warmly to their city.

To close the opening ceremony, the Aristotle University Symphony Orchestra and Chorus continued their recital with a fabulous selection of music from composers and musicians across Europe. An incredible performance from a group of highly talented people and a great end to an opening ceremony that embodied hope, unity and fellowship. For those wishing to relive the evening, check out the recordings on Spotify from Dvorak Slavonic Dance no 8 op4, Bizet Farandole-Intermezzeo-Toreador, Gounod Dance de Phyrne, and Verdi il Trovatore.

Finally, the evening concluded with a drinks reception in the sunshine, where the music and dancing continued! The whole event was an excellent start to a fabulous Congress! 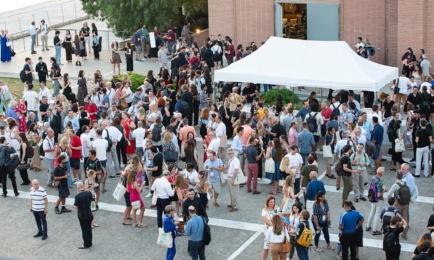 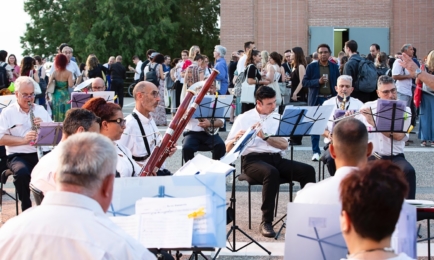